The Salmon House is a newly built, contemporary residence situated in the South Downs National Park in West Sussex. We were commissioned to finalise the layout and planting design and install this garden, building on initial concepts by the well known designer Declan Buckley.

The contemporary layout of the garden builds on the clean, strong lines present in the design of the house and radiates away from the buildings to the traditional garden wall framing the space. Exuberant planting is restrained within Cor-Ten steel raised beds, which soften the outline of the house, whist the majority of the space is given over to rectilinear blocks of native wildflower planting dissected with paths of turf or gravel, and punctuated with feature standard red stemmed lime (Tillia platyphyllus 'Rubra' which are gradually being 'box pleached' into dramatic cubes of foliage.

Spaces for entertaining are provided both extending form the interior of the house with a large raised terrace with reflecting pool designed to capture the afternoon and evening sun, and out in the garden with a second seating area which captures the best of the morning making an ideal space for summer breakfasts.

​In contrast to the main walled garden, the land to the front and side of the house is given the lightest touch from a design perspective, with the majority of the space given over to grassland, native trees and the original apple orchard, respecting the both the original use of the site and the stunning countryside beyond.
​ 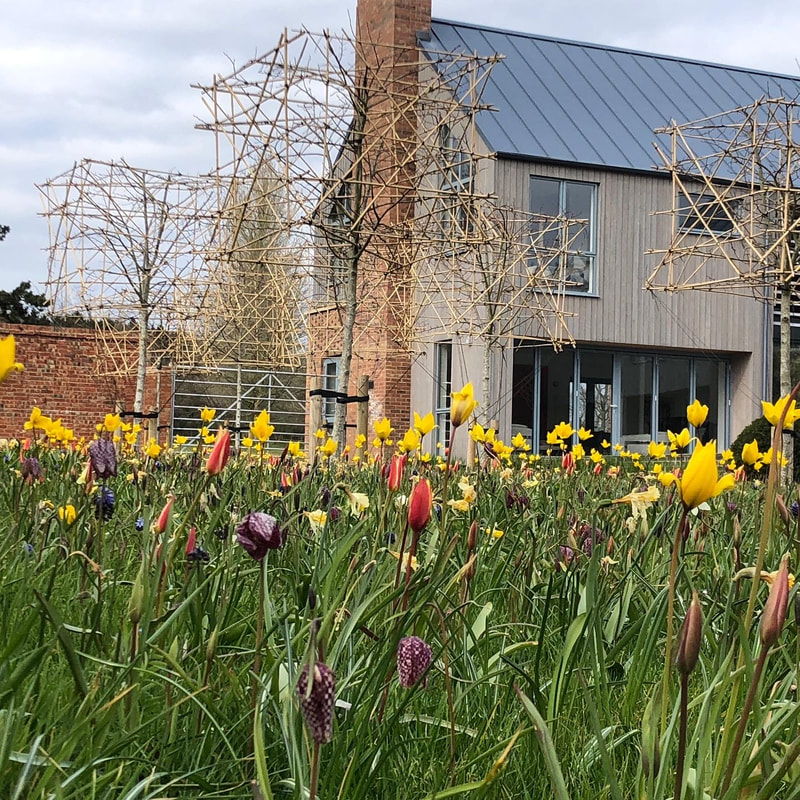 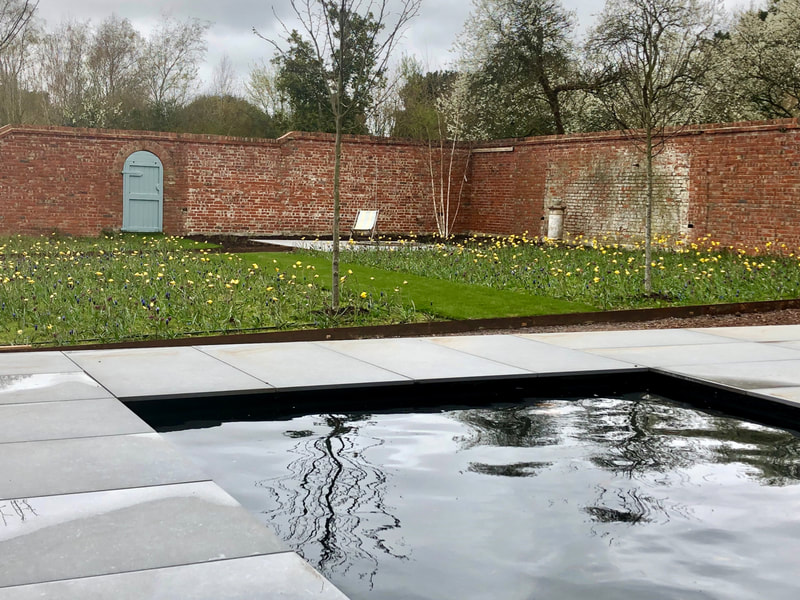 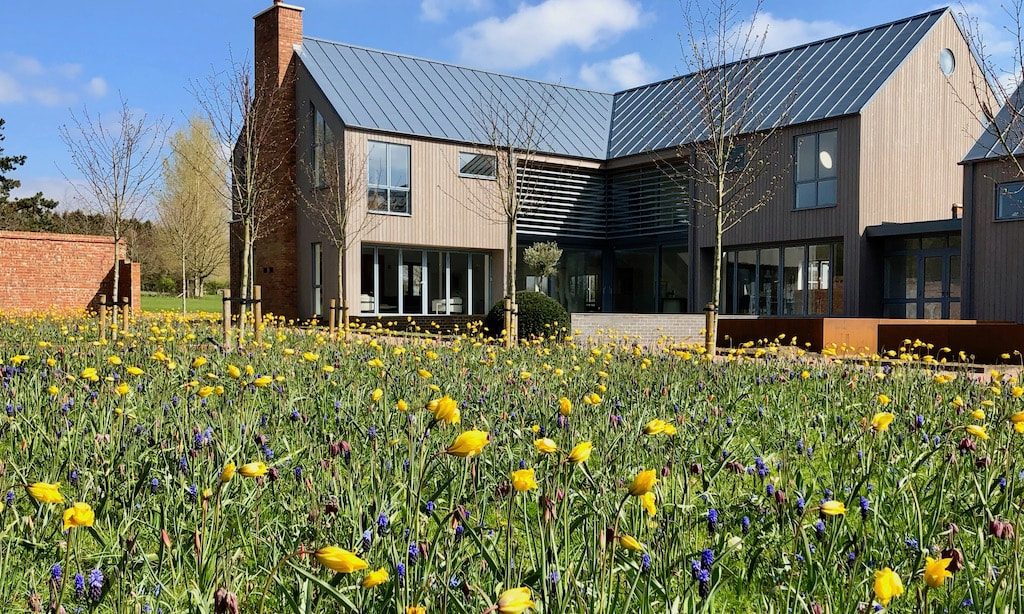 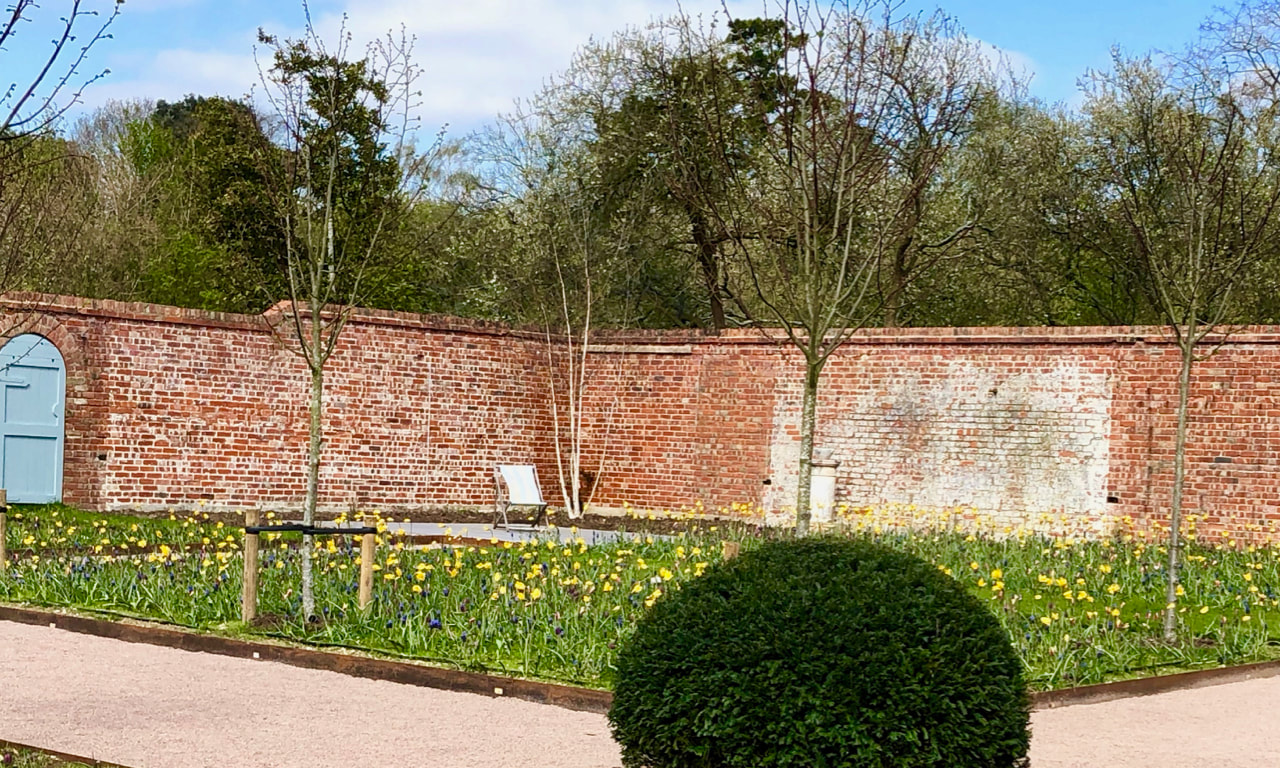 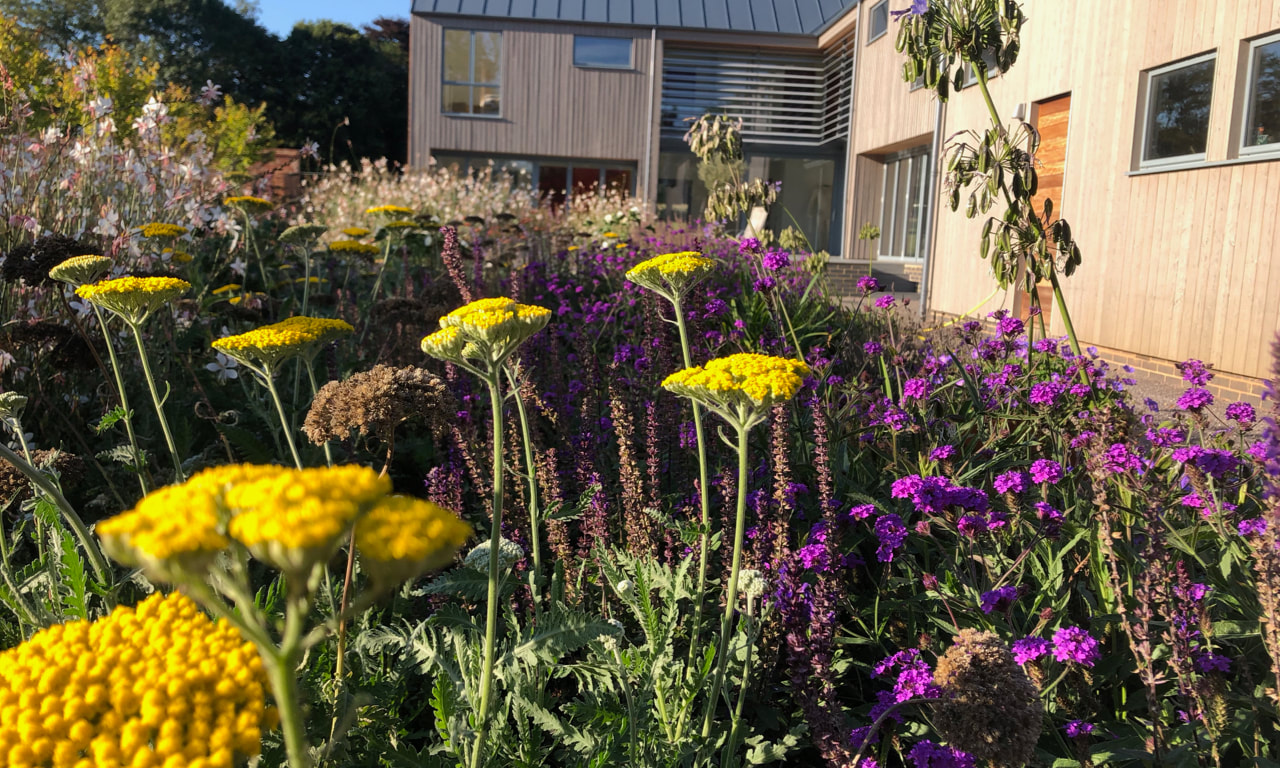 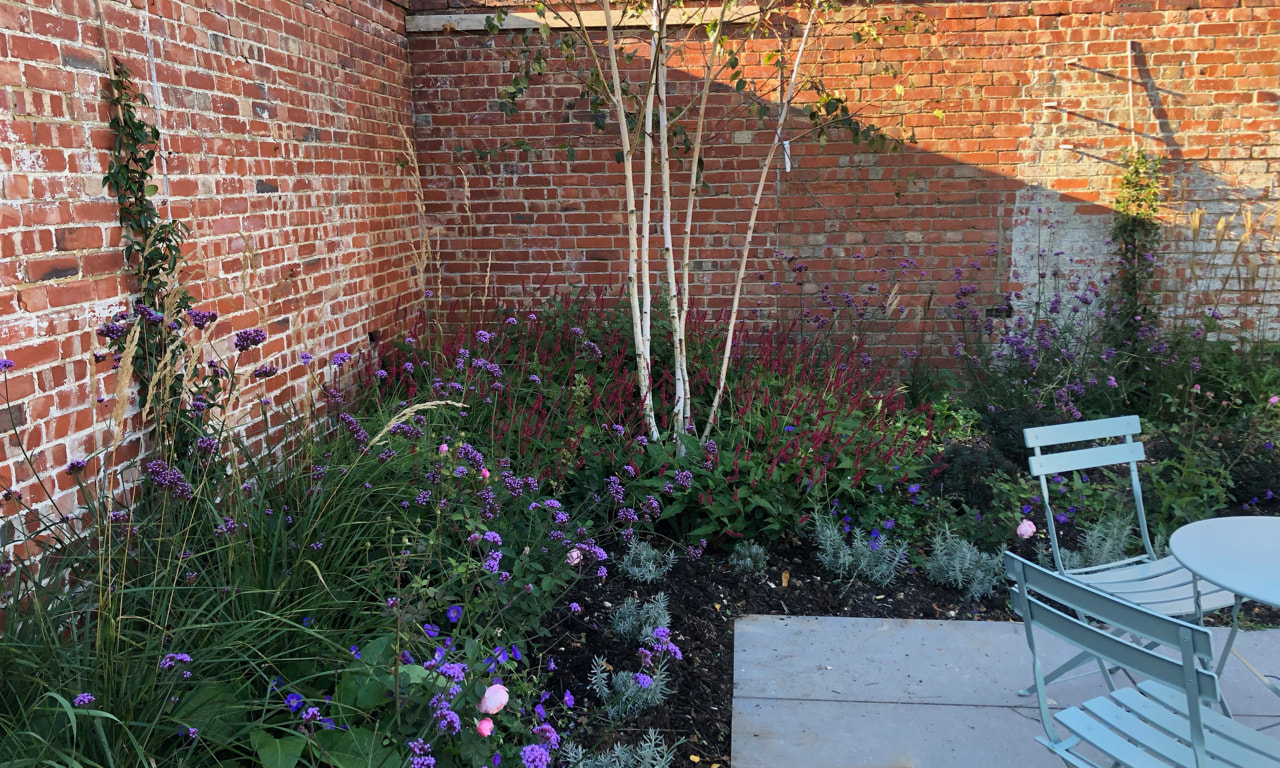 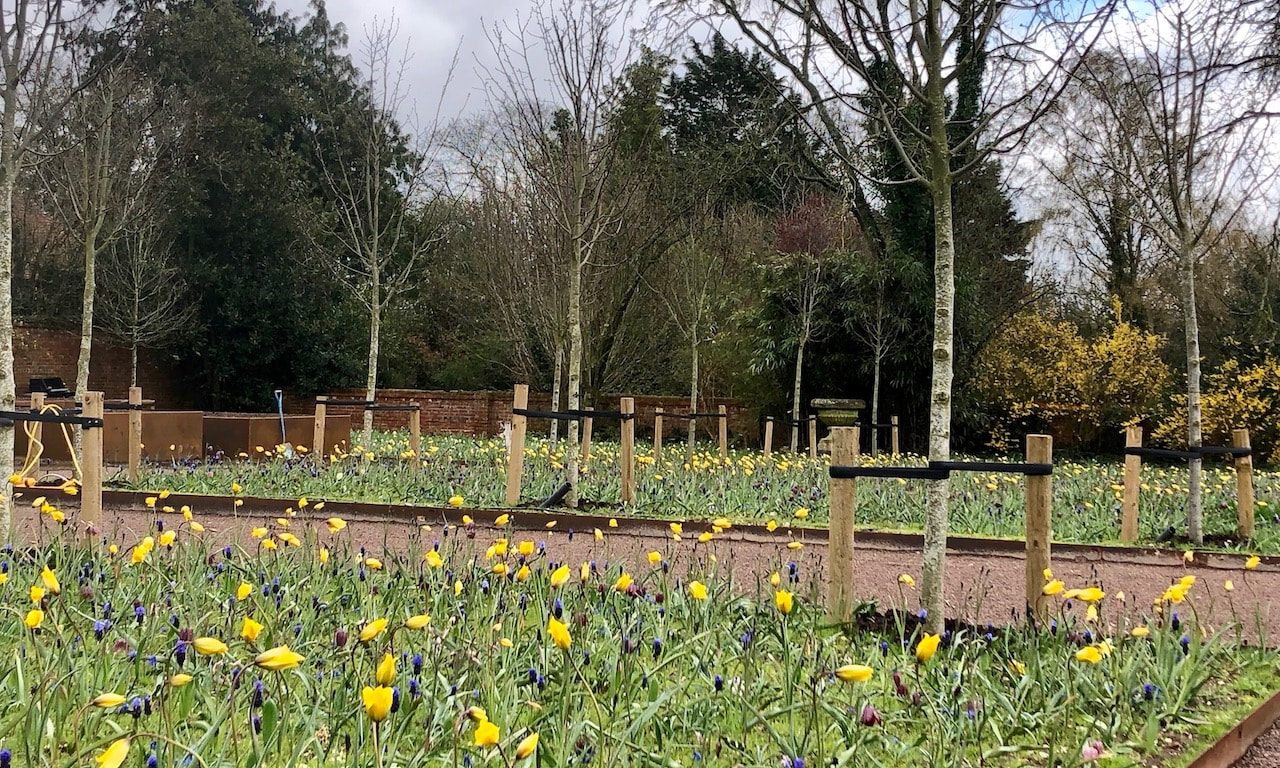 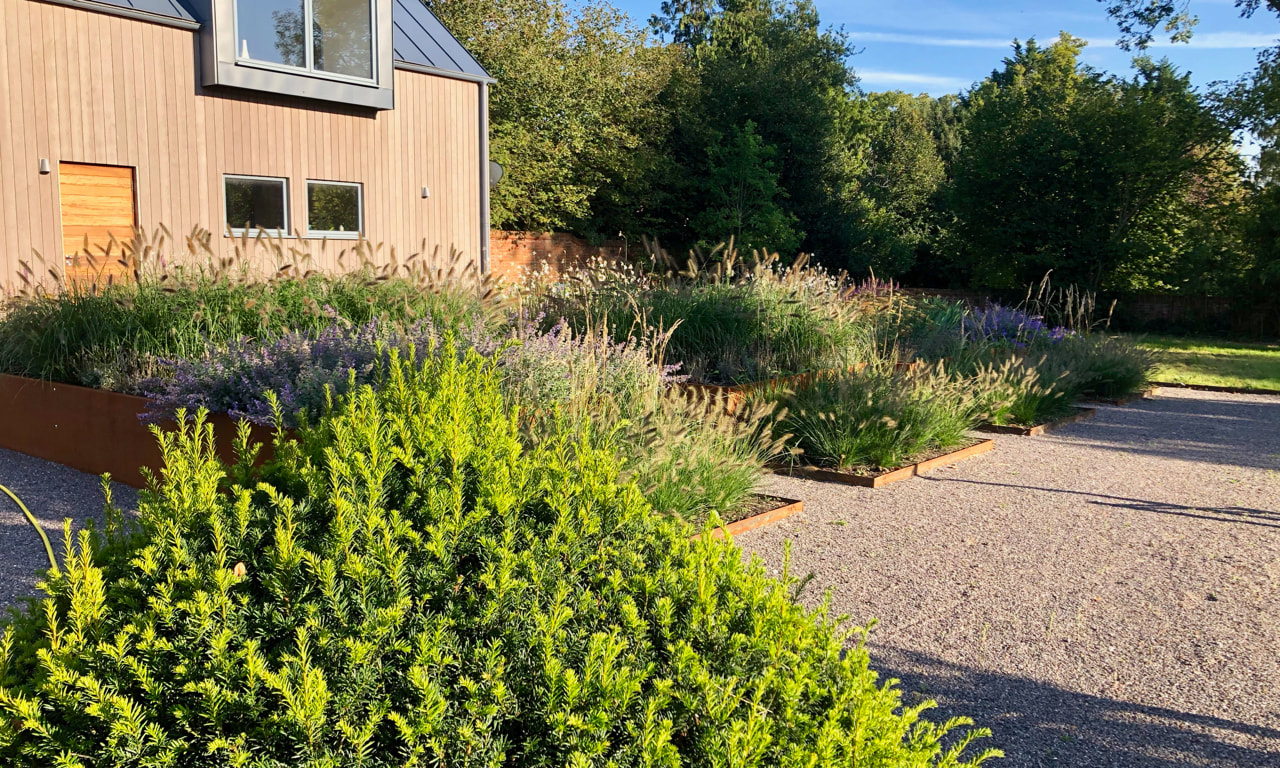 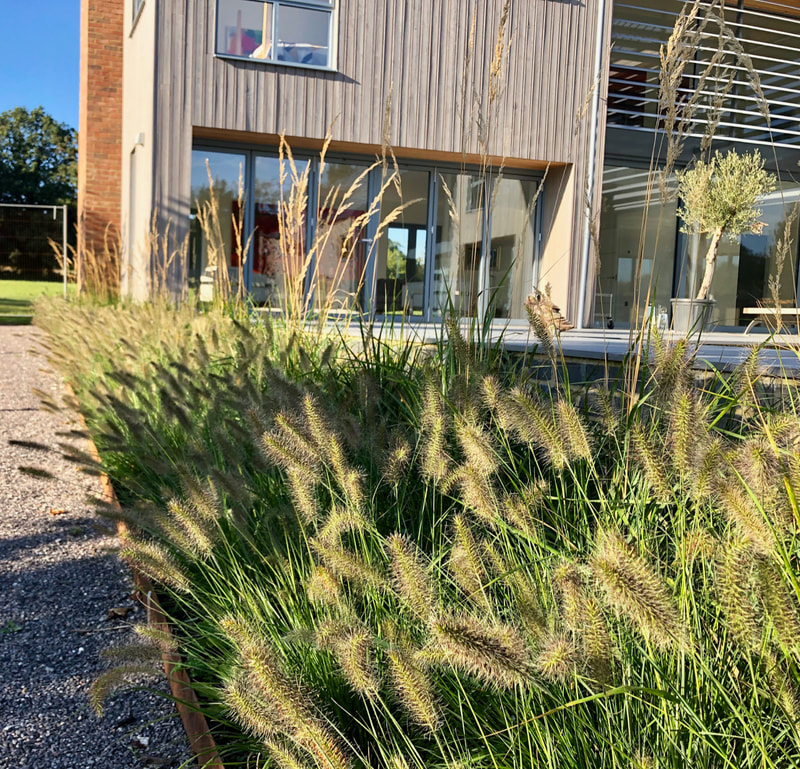 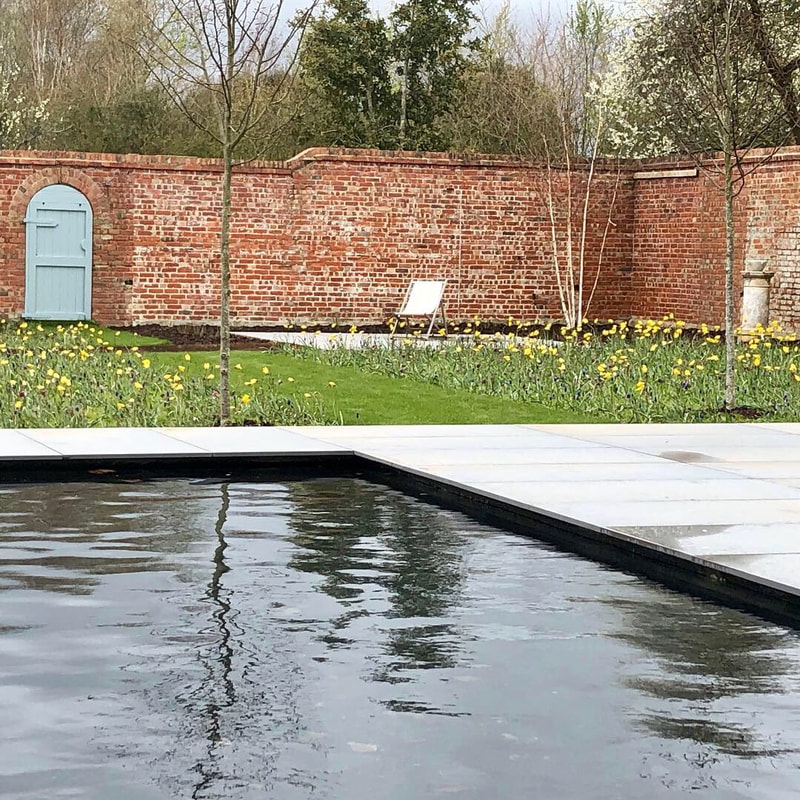 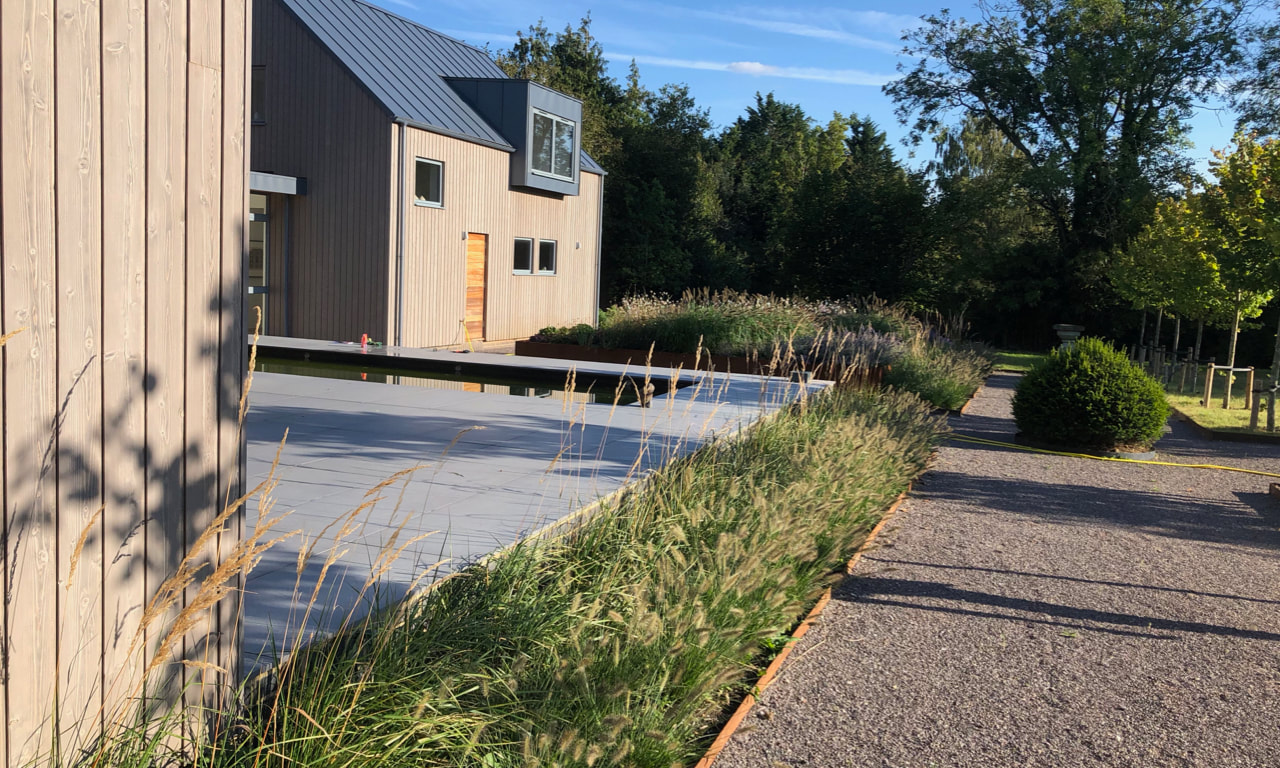 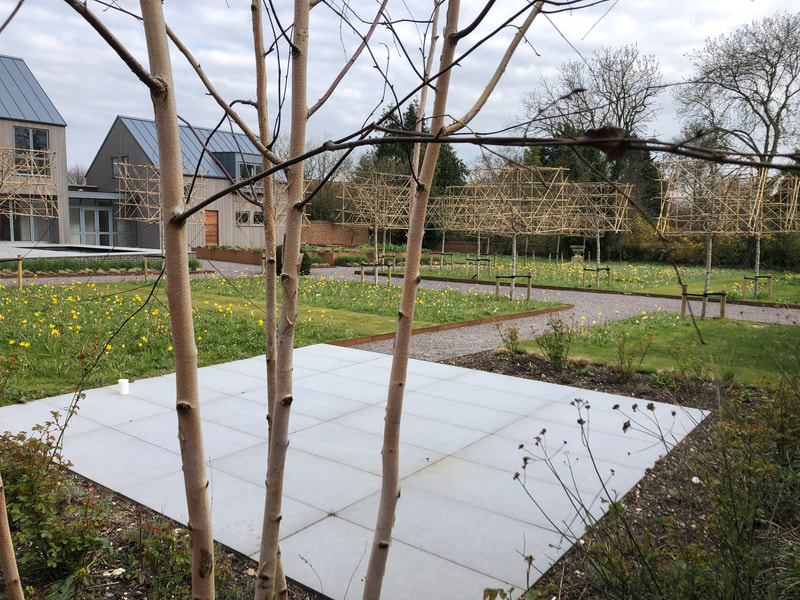 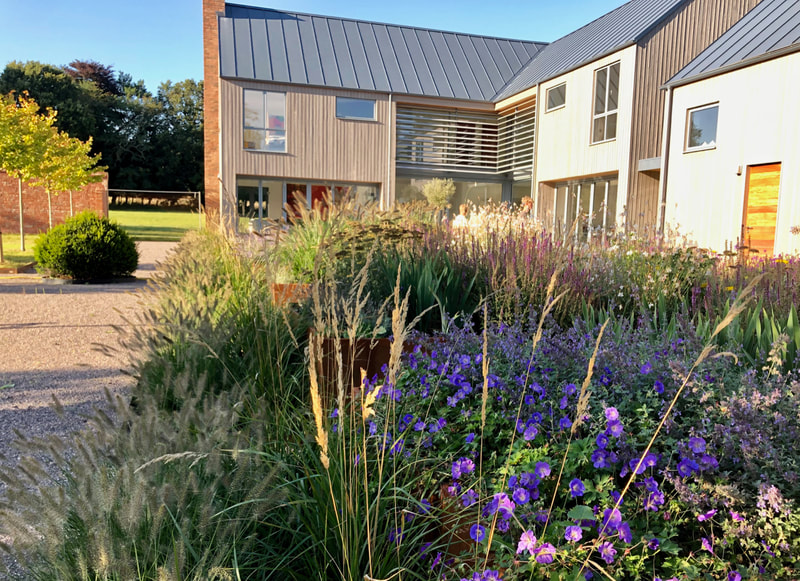 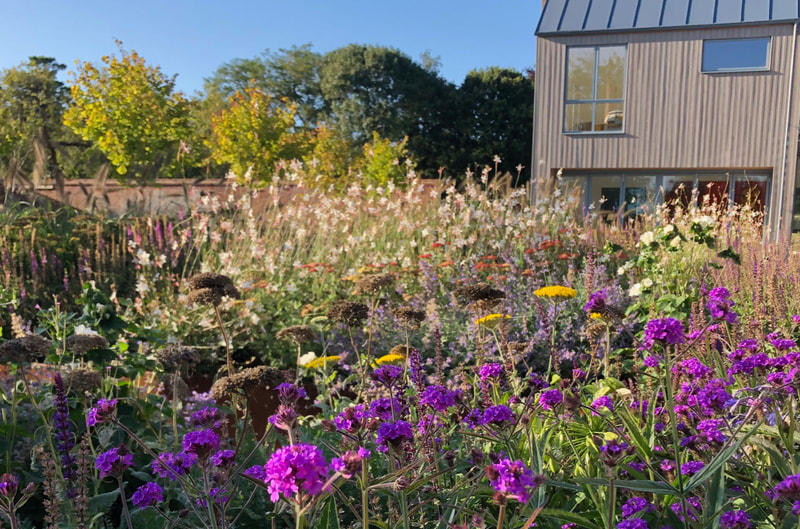 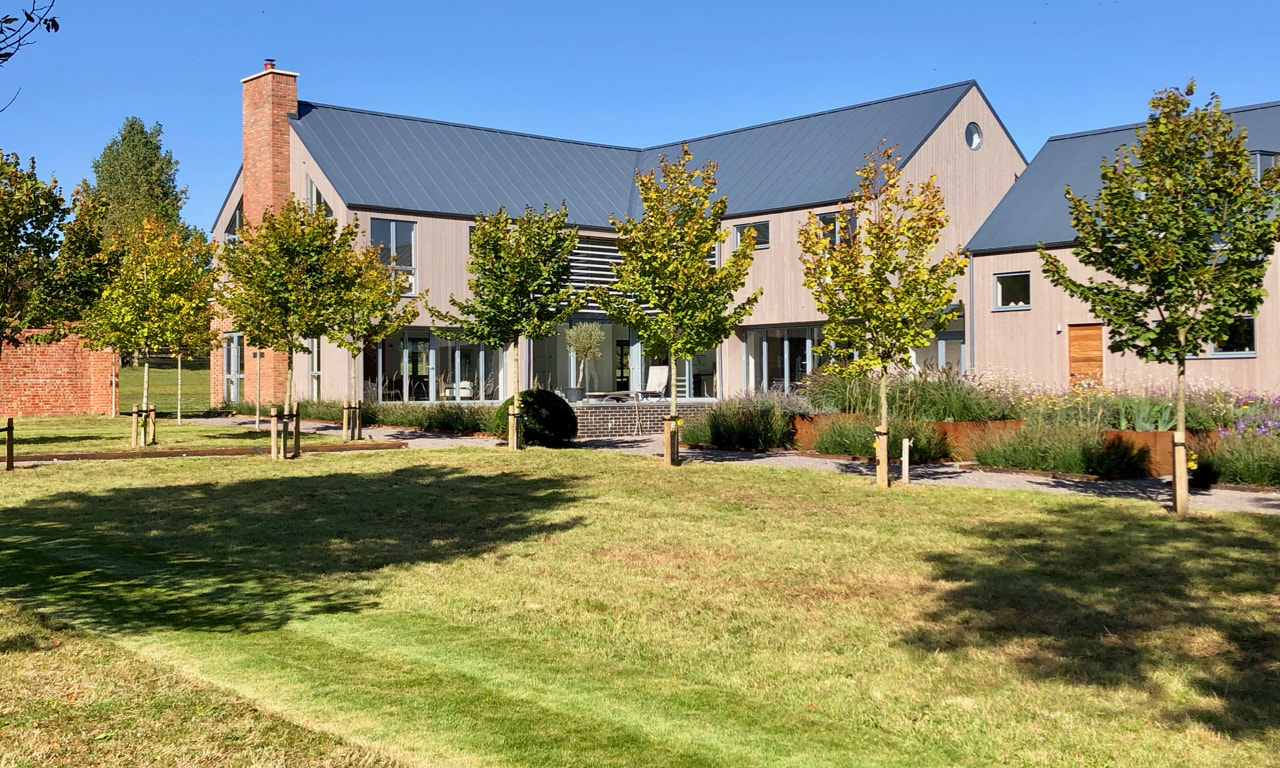 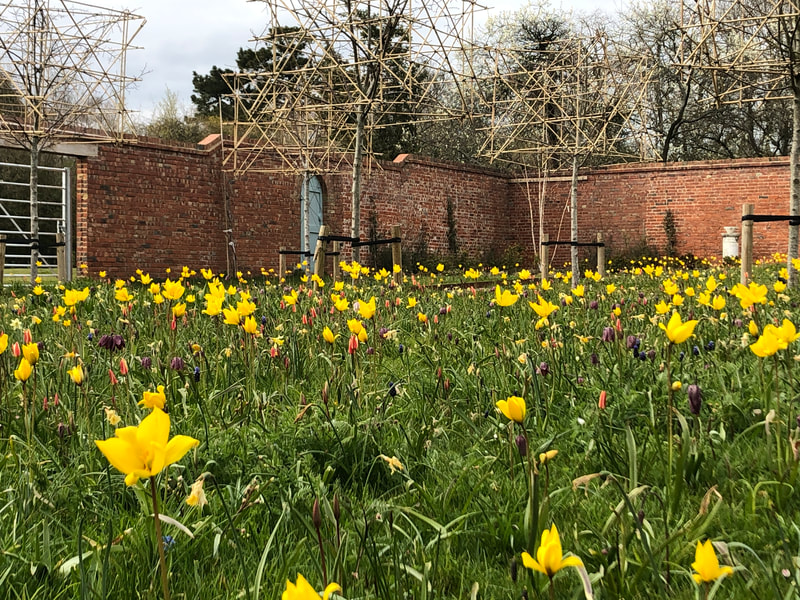 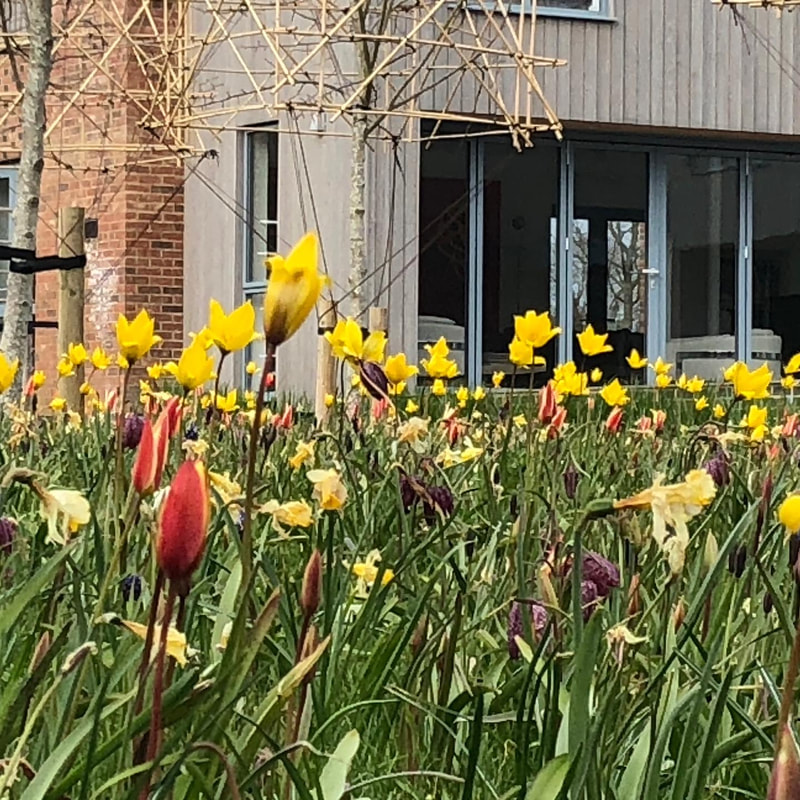 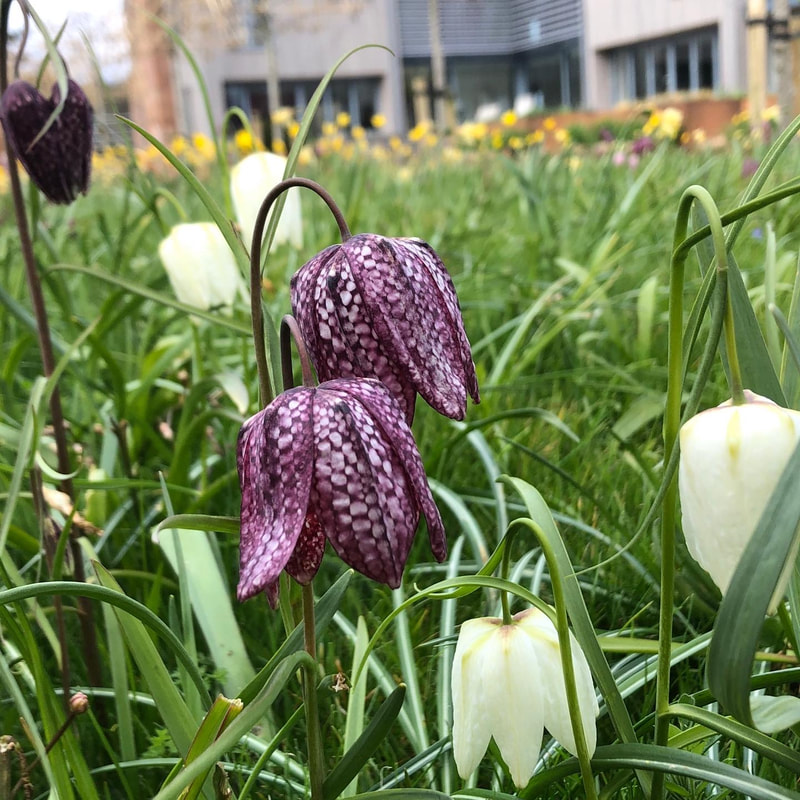 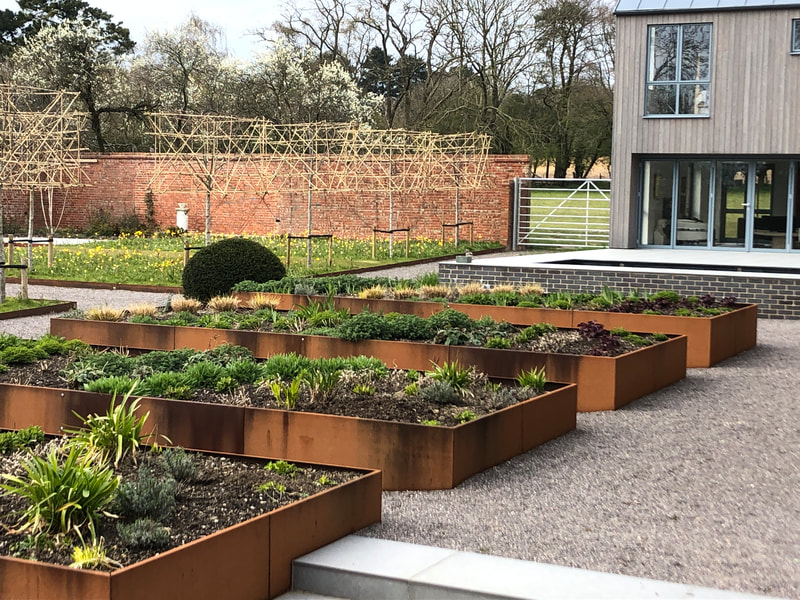 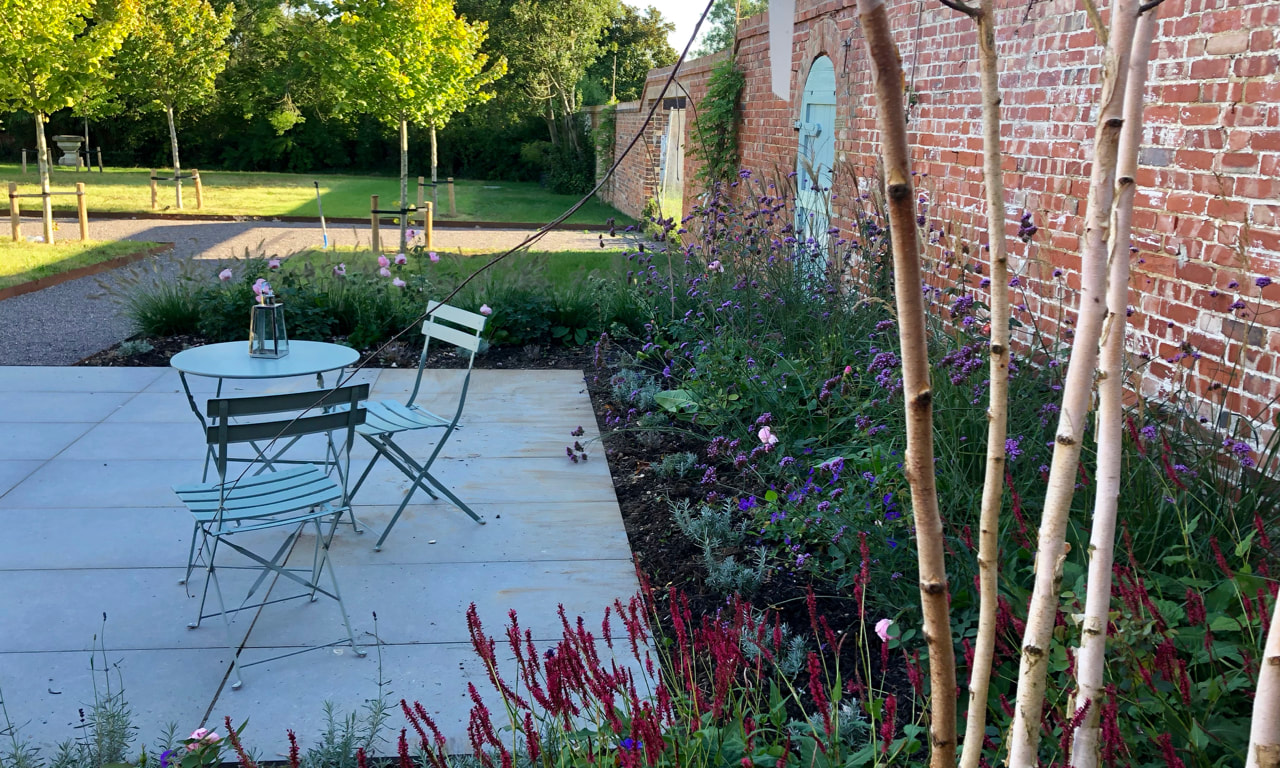